At last, His Excellency, Governor Seyi Makinde, has confirmed the appointment of Mr. Williams Akinlayo FUNMILAYO, as the substantive Permanent Secretary of the Oyo State Local Government Service Commission

The swearing in was done today at the Executive Council Chamber, Governor’s office, Secretariat, Agodi, Ibadan.

The programme caught everybody unawares, as the swearing in of only the Commissioners was being expected. Feelers had it that the decision to swear in the Permanent Secretary was taken early this morning.

Attached are the pictures taken during and after the swearing in program. 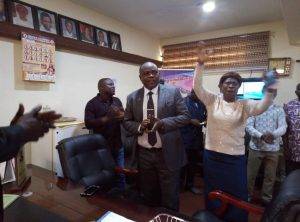 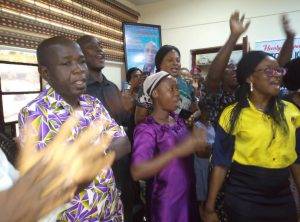 Congratulations to everyone of us.